“Von einem Mönch aus Tibhirine”.  About a year ago, I watched “Of Gods and Men”, which tells the very moving story of 7 French monks who were kidnapped and later killed in Algeria in 1996.  “Von einem Mönch aus Tibhirine” is a documentary that was made a few years before the movie and that tells the story of one of the monks (Brother Luc).  The film-maker (who was at the showing) had been approached by by a young man originally from the village near the monastery and asked to tell the story.  You hear from people who knew Brother Luc as a medical students in France, from villagers in Algeria, from health workers he had trained.  Incredibly, incredibly moving.

“Down and Out in Paris and London” by George Orwell.  Somewhat autobiographical story of Orwell’s time living among tramps and people on the margins in the 1920s.  Some fascinating insights on the impact of poverty!

I bought “Girl in Translation” by Jean Kwok a few months ago but haven’t yet had a chance to read it.  Having just come across this interview with her on the “America for Beginners” blog, I definitely want to get to it asap!

If you haven’t discovered Laura Mvula yet, now is the time!  Utterly amazing voice and beautiful music!  Catch her on Friday’s episode of “Later… with Jools Holland” 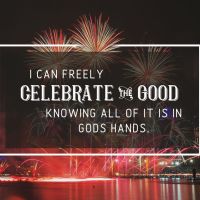